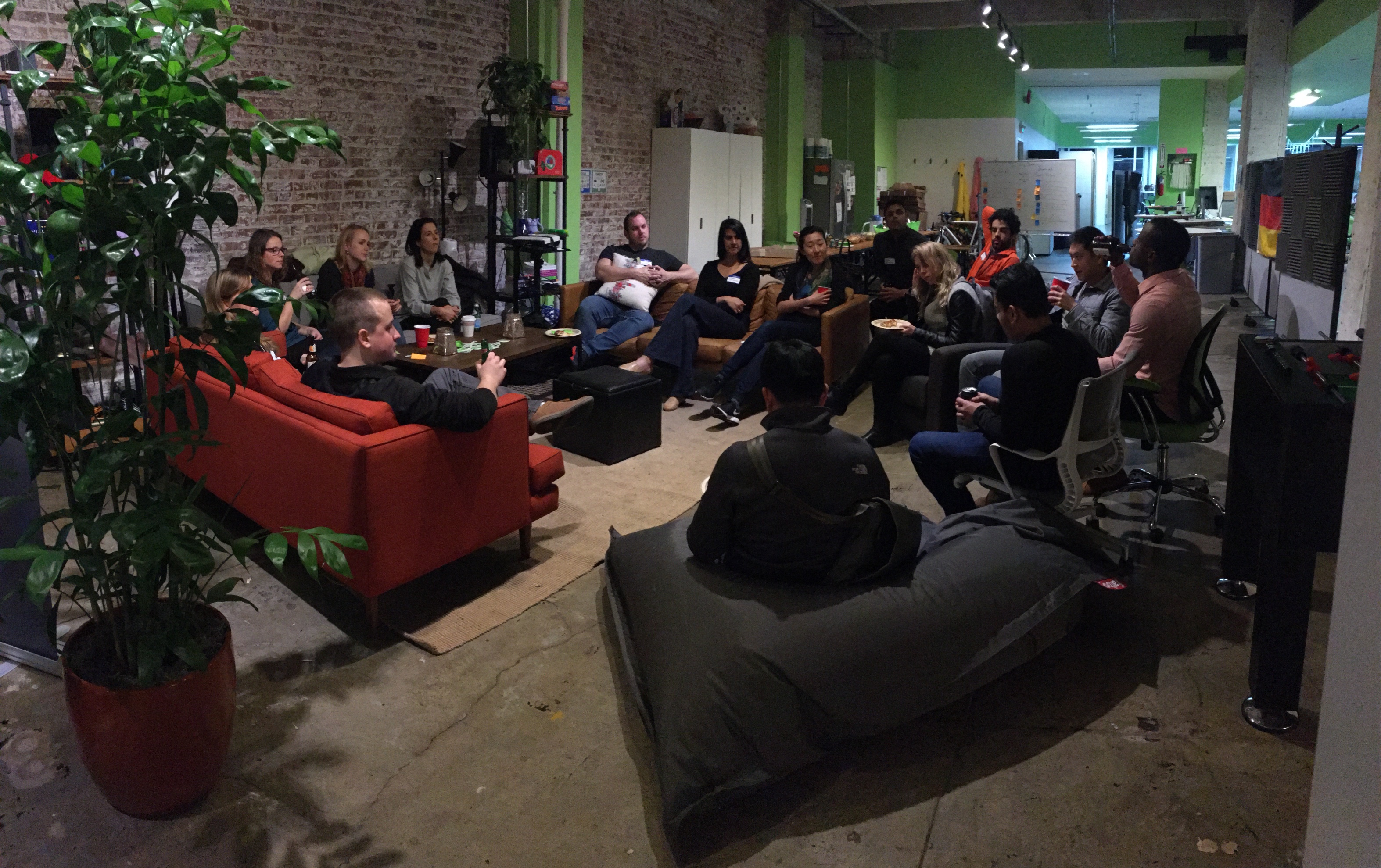 We recently hosted our first unconference meetup focused on Marketing to Developers. Attendees included team members from  from Sift Science, Lob, CircleCI, Sparkpost, Mulesoft and many other API and software companies.

The purpose of the event was to have an open discussion around the challenges we faced when marketing to and getting the attention of developers. We discussed many topics throughout the evening and we wanted to highlight some of the main takeaways.

Many founders do not come from sales or marketing backgrounds and are afraid to actively sell their products because they think that developers don’t like being sold to. That’s part of the reason why freemium models are so common for developer products. What many forget is that businesses, including the developers within them, have no problem signing contracts with Microsoft, Oracle, SAP and many other large vendors. Even startups like CloudFlare, Stripe, and Intercom have sales teams that try to get business in the door.

The key is to identify who the decision makers are – often times there’s both a business lead and a developer involved. We identified  two typical sale patterns:

Figure out which sales method works for your businesses. Don’t be afraid to market, follow up, and ask for the sale when you’re targeting developers. Similarly, even if you’re gaining traction with developers, don’t forget about their business counterparts.

Feature gating vs use gating

When it came to converting the free users to paid users, an interesting insight emerged. For companies that gated based on usage, free users were much more likely to make the transition to a paying customer. For companies that gated on features, free users tried to find all kind of ways to get things done without paying for the additional functionality. Since they didn’t have specific  functionality before, it was hard for them to make the jump to “I will now pay because I need a function that I didn’t have before”.

Many of the participants agreed that, in the early days, many features of the product were given away for free, with just a few select features gated into premium plans. As usage increased, they realized that many of the features they should have gated, were now free, leaving little incentive for the users to convert. if they could go back, they would give away much less free access to the product.

The cost of providing the free service

Another consensus of the discussion was the disproportionate load on the infrastructure from the free tier users. When features are rolled out and priced, no one asks the infrastructure team how much that’s going to cost to maintain and run. Months on, when the AWS bills are going up from the free users, there is no way to recoup those costs and the engineering team is scrambling to keep everything online. Many wished that as part of the pricing process, the development teams were consulted to figure out the impact on the load and to price or gate the feature accordingly.

Most participants agreed that content marketing was one of the main channels used to market to developers. Since most developers search for articles that help them solve the problem they are currently facing. Written resources that go “viral” for most companies are usually real stories about how the team encountered  a problem and solved it. Depending on the topic, having a strong opinion on a subject can also help drive a lot of hits. To help with the creative process and to set aside time for writing, some companies added content time into sprints before releasing features, while others host “write-athons” where the team gets together to write for a whole day. Social recognition and a healthy distribution plan for pieces also help motivate developers (and the rest of the team) to write more.

One contentious topic was whether or not you should have gated content for developers. Two main areas of frustration for developers: first, many developers felt frustrated when educational content that they needed to solve a problem or documentation is gated. Second, gated content typically means that they were going to get a sales call or harassed by an aggressive drip campaign. For developers, gated content was a negative signal on the company.

However, a few teams have found a way around that. One company uses an incremental data capture strategy where they would slowly collect information about the user as they come back for more content – first ask for a name, next company name, then lastly email. This way, the developer can still easily access the content, gain value from quality content, and come back on their own.

At Shippo, we’re always looking to make our developer experience better and we want to learn from other teams doing the same. We look forward to hosting more unconferences for API, software, and developer-focused events in the future. If you want to talk shop, feel free to reach out to outreach@goshippo.com.

Share To:
Shan Lian was a product marketer at Shippo.